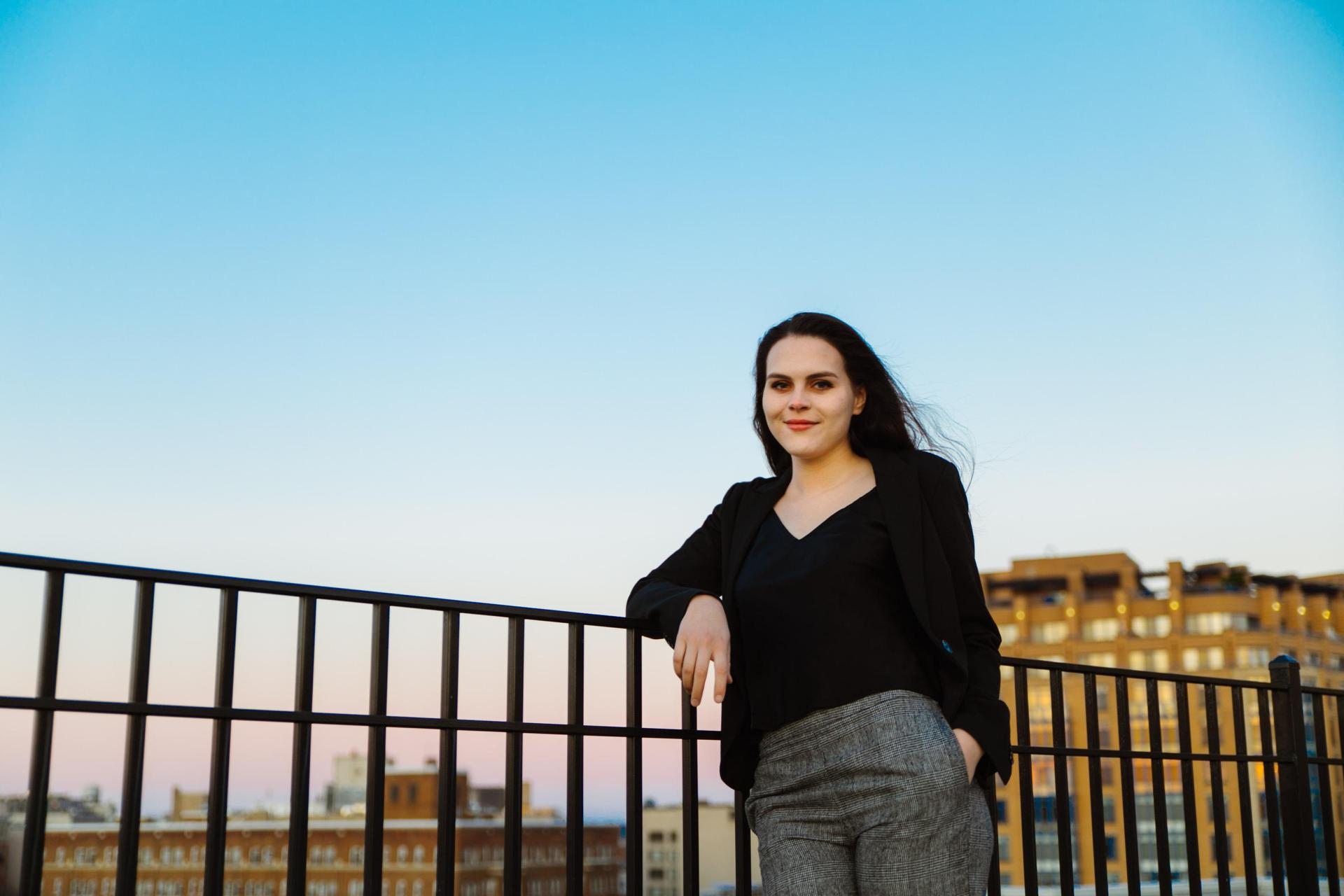 From St. Pius X High School Model UN to actual United Nations meetings in Geneva to a Fulbright Award to study nuclear policy in London, Kayla Matteucci ’14 is taking an interest in international relations sprouted at SPX to its farthest reaches.

This spring Matteucci received the most competitive Fulbright Award given. Granted to just two people each year, the UK Open Award will allow Matteucci to pursue independent, post-baccalaureate research in nuclear policy with the government of the United Kingdom and King’s College in London.

Matteucci is currently the 2018 Junior Fellow in Nuclear Policy at the Carnegie Endowment for International Peace, one of the most renowned think tanks in Washington, D.C. She will leave for London this fall and spend nine months to a year on her research. She graduated with bachelor’s degrees in International Relations and Spanish from Fordham University in 2018.

“I’m interested in treaties that also verify the dismantlement of bombs and that seek a higher standard of transparency and trust. How do we someday make (such treaties) politically and technically feasible, even if it is a distant reality decades down the road?”

After beginning undergraduate studies at Fordham, Matteucci became interested in international security, which includes cybersecurity, counter terrorism and nuclear policy, among other subjects. She focused on nuclear policy during two summer internships at Sandia National Laboratories and several internships at think tanks and non-governmental organizations in New York. Some of her internship time included work at the United Nations in Geneva, Switzerland, and senior year analysis of U.N. meetings on nuclear disarmament. She was inspired to apply for the Fulbright Award last year while in Geneva.

“My interest started at Sandia, where you are witnessing nuclear policy from an up-close perspective, and not always an international one,” she says. “In Geneva, I gained a better understanding of the international impact of the work we were doing at Sandia.”

According to Sandia’s website, “Sandia's primary mission is ensuring the U.S. nuclear arsenal is safe, secure, and reliable, and can fully support our nation's deterrence policy. Sandia is the engineering arm of the U.S. nuclear weapons enterprise. We weaponize the nuclear explosive package to create an effective and sustainable nuclear deterrent.”

Matteucci says before her internships, she did not realize the extent of Sandia’s major role in U.S. nuclear policy. “In New Mexico it’s right there in front of us, but I didn’t have a clear grasp of the gravity of what is going on there, how important it is and how it shapes things internationally,” she says.

Active in debate, Youth in Government and Model UN at St. Pius X, Matteucci decided during her junior year that she would pursue a degree in international relations or politics. “Model UN with Ms. (Elisa) Machtinger, that was a defining experience,” she says. “And it was crazy to go from Model UN to the UN. I texted Ms. Machtinger throughout my time in Geneva.”

Matteucci says writing is a vital skill she carries into her career from SPX. She credits English teachers Charla Smith and Mimosa Finley for developing her writing skills and her love of writing. Theology teacher Michaela Bruzzese and Spanish teacher J.D. Baca also helped and challenged her.

Matteucci expects to go to graduate school and plans a career in public service, but for now she enjoys working in her field. “I’m open to other areas of international relations but this is what I like right now,” she says. “I do want to look outside my discipline. I have an interest in environmental policy, as climate change will become relevant to everyone in any sphere. I have a pin in that for now.”

Another area of interest outside her discipline: jazz and blues piano. Playing piano since age 5, she started a band in D.C. and has played at the Watergate Hotel, the InterContinental on the Wharf and the International Spy Museum. Her nuclear policy colleagues even come to hear her play.

“Music is humanizing and my field is very serious,” she says. “It’s good to have that balance of doing something completely creative.” She plans to play jazz in London, too.

Once in London she hopes to bring her research on nuclear policy to the scholarly community and to public audiences to give better visibility to nuclear policy topics. “I’m hoping to produce very high quality research and share it with as many people as I can,” she says. “I’m excited to dig into it and feel challenged. I’m feeling a bit overwhelmed, but that is always a sign I am going to learn so much.