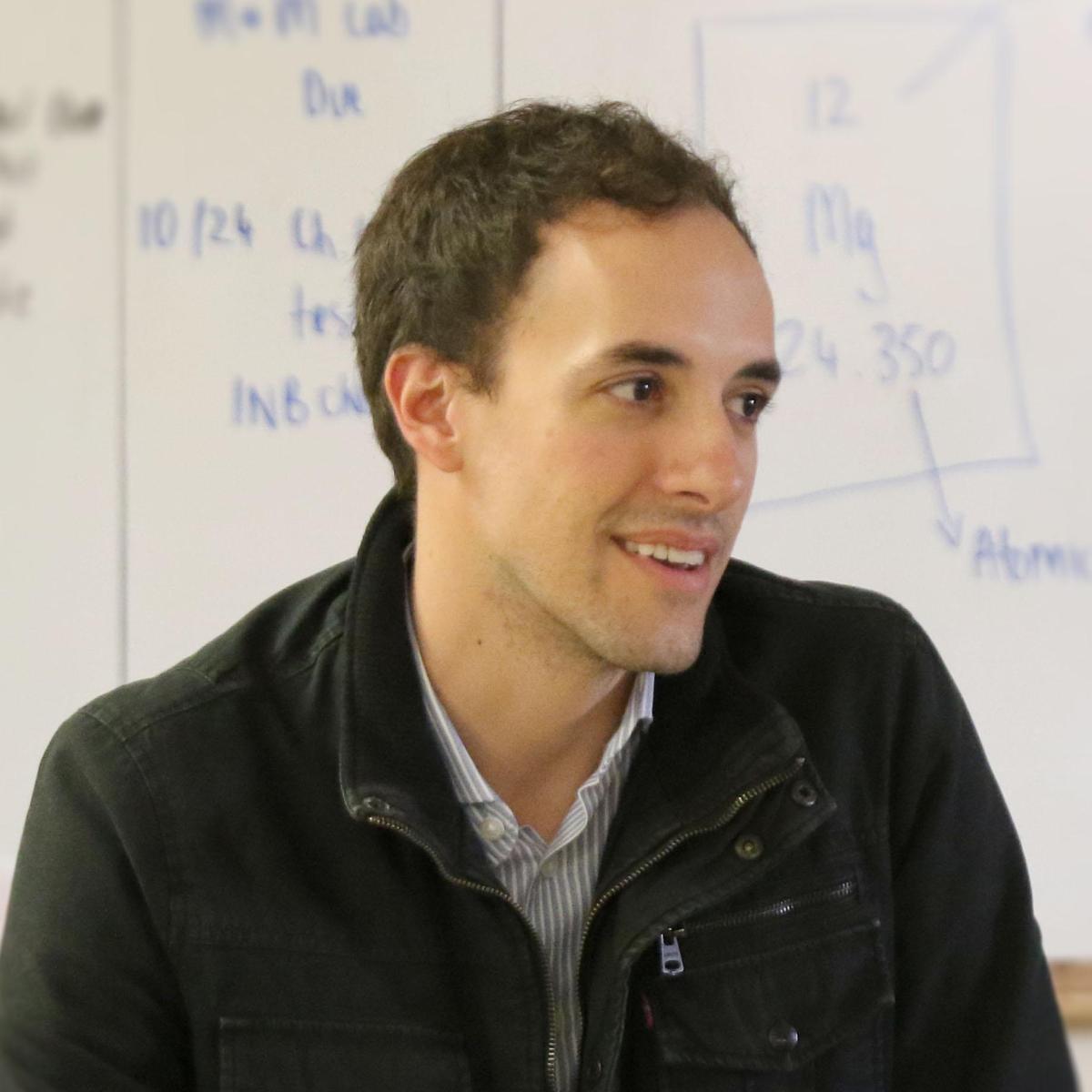 For fourth-year medical student Eric Rightley ’09, giving back to St. Pius X High School rejuvenates him as he pursues a medical career and encourages high school students considering the field of medicine with the MD2B Club.

“It’s fun to go back to high school and be around people fresh and excited about medicine,” he says. “Med school is taxing and cumbersome, so having an outlet like this reminds you of how excited you were to go to med school.”

Rightley, with the help of science teacher Brooke Landavazo and Gina Righley ’81, SPX Dorados coach and also his mother, started the MD2B Club this year for students interested in learning more about medical careers. Along with hearing from guest speakers, the club learned and taught compression-only CPR to the entire student body, faculty and staff during a day-long Project Heart Start NM training this spring. Providing the training was one of the pre-medical career club’s goals. The training included compression-only CPR, use of an AED, and what to do in a choking emergency.

For Rightley, training the club members, who would go on to train the entire school was an exciting prospect. “The chances of it being put to use are multiplied by number of people who take class,” he said. “Someone may end up saving a life because of a friend who taught them.”

Rightley will continue to moderate the club in the coming year and hopes to get a field trip to the medical school on the club’s schedule. He’ll also be looking for other medical students and doctors to present and join in the effort.

Rightley earned a bachelor’s degree in cell and molecular biology at Tulane University and started medical school at the University of New Mexico in 2015. He will graduate in 2019 and continue with a residency in internal medicine.

Learning about the reality of the path to a medical career is an important aspect of the club. “A lot of people want to be a doctor, but the path is really long and hard, and very trying,” he said. “A lot of people go into college saying they are pre-med without a full understanding of what that means. It’s good to understand the reality of situation and be able to balance that out with the awesome things that you can do.”

Rightley’s decision to pursue a career in medicine came from what he calls the one epiphany in his life. As a junior at St. Pius X he was taking anatomy, enjoyed it and considered becoming a doctor. Then his friend, Cameron Ringer, was in a car accident and he later passed away from the trauma of the accident. “When we were all waiting in the ER, that was the deciding moment,” he says. “I was playing hockey at that point and I felt that same feeling of, ‘Just put me in, I’ve got to get in there.’ Life is too important to not be able to help. That was the moment.”