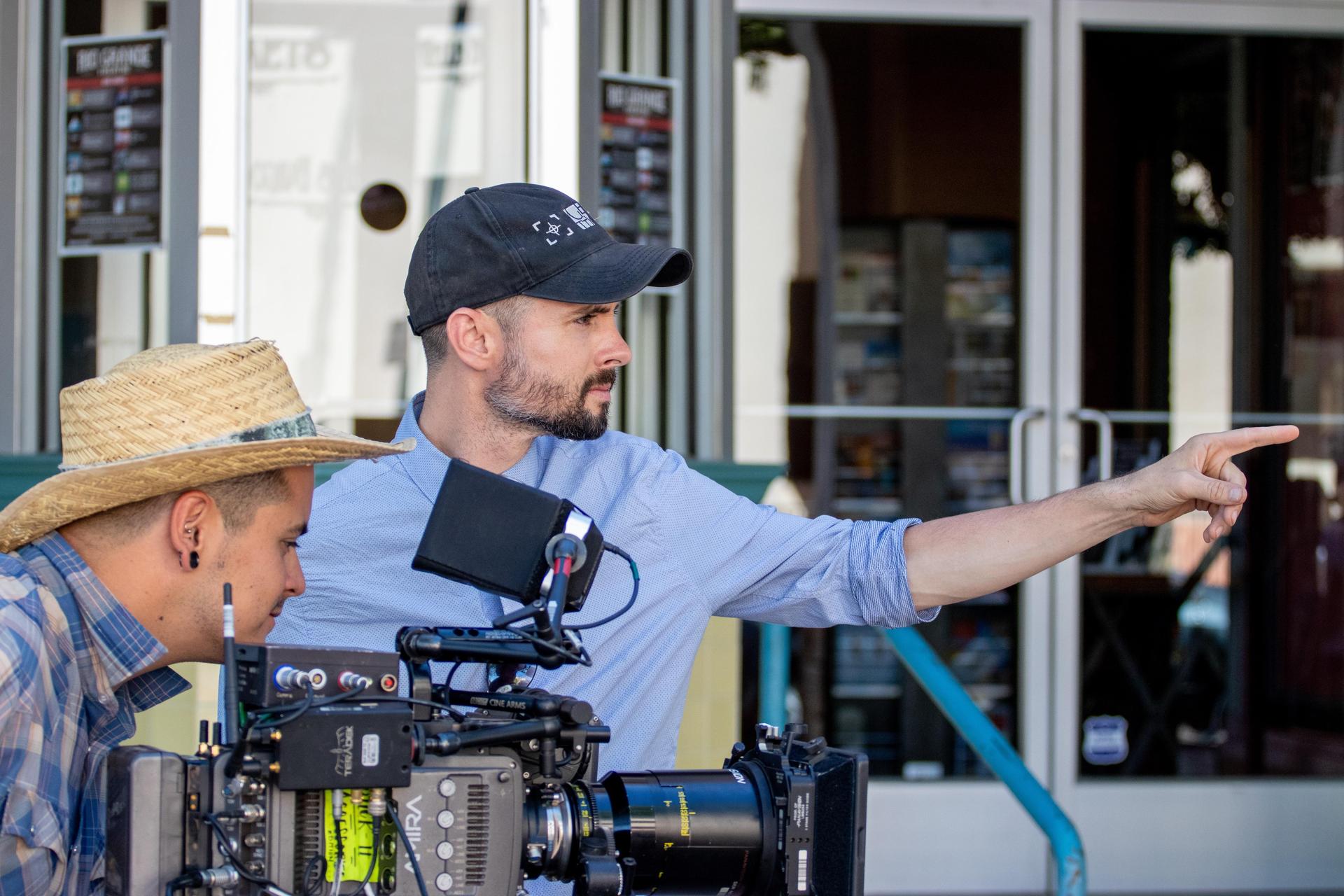 For Ryan Lacen ’99, running around Albuquerque with a hand-held camera was the best way to spend his high school years.

“I’d take a camera and a friend who was down to film stuff and we’d go,” he says from North Hollywood, where he’s been based for the past 12 years. “From the earliest age, film was the only thing that drove me.”

Now in the final stages of completing his second feature film, Lacen is taking that passion into the world through his work as a writer, director and producer. “All the World is Sleeping” is a film written and directed by Lacen portraying the real-life experiences of New Mexican women dealing with substance abuse and generational addiction. Filmed in Las Cruces and Albuquerque, it stars Melissa Barrera of Starz’s “Vida,” Jackie Cruz from Netflix’s “Orange is the New Black” and Jorge Garcia of ABC’s “Lost.” The film will be complete this summer, and Lacen will then take it to film festivals.

“It was great to be able to come back to New Mexico to film,” says Lacen, who began his work in the film industry in Albuquerque as an intern and as an assistant for two years.

“All the World is Sleeping” follows “The Dust Storm,” Lacen’s first film about a broken musician reunited in Nashville with a girl who crushed his heart years earlier. The film stars Colin O’Donoghue of ABC’s “Once Upon a Time” and Kristen Gutoskie of NBC’s “Chicago Fire.” “The Dust Storm,” available to watch online, received the best director award and the grand jury prize at the Las Cruces International Film Festival in 2016.

Lacen attended New Mexico State University and the University of New Mexico, studying business and media arts. Bachelor’s degree in hand, he knew he wanted to pursue film. After he graduated, he put the names of several cities in a hat with the idea he would live for a year in whichever city he pulled. He pulled out Portland. “I wanted to go and get experience and material to write about,” he says. “I went to Portland to have stories to tell.”

A year later, in 2005, he came back to Albuquerque to figure out how to get a job in the film industry. New Mexico was just starting to attract films at the time.

“I went to an interview, they said you have no experience, you can be an intern,” Lacen says as he remembers his first opportunity.

With some experience under his belt, he began to get jobs as a production assistant. “It was great as a filmmaker to work under (directors) Ron Howard and Kevin Smith and see how they did things and how they worked,” he says.

After two years as an assistant, Lacen decided he was ready to move forward. “It got to the point, I was helping make their films, but I wanted to create my own content.” He walked away from his assistant position and moved to L.A. and started doing work for commercials and music videos.

“The film industry is so competitive and so hard -- it takes a lot of perseverance, there are a lot of highs and lows,” Lacen says. “You keep pushing past and have a goal in sight and reach for it.”

In 2014, he joined Normal, a boutique production company, and became a partner in the company made up of fellow maverick filmmakers. The company creates content including film, television, music videos, commercials and digital media, so Lacen’s work varies greatly week to week and day to day.

“Monday I might be filming at the beach, Tuesday filming a car chase, and Wednesday on a plane to scout a location,” he says. And even with that varied schedule, he sets aside time to write every day, because telling stories is what he really aims to do. He’s working now on a television pilot and another movie script.

“My goals are to keep directing and writing films,” he says. “Keep stepping up that ladder, telling stories. I want to create a catalog of films that tell story of who I am as I continue to grow and have something to say.”

Lacen says his SPX English teacher Jennifer Hilsey inspired him with literature and created a safe place to be creative and to push himself. And while at the time he though his mother, Diane Lacen, taking a job at St. Pius X during his sophomore year was the worst idea, it actually became a great blessing for an aspiring writer to live in a house with an English teacher.

“St. Pius was there to shape you,” he says. “It was always a safe place to experience the best and hardest parts of high school and to find your way. It was that bubble for me.”