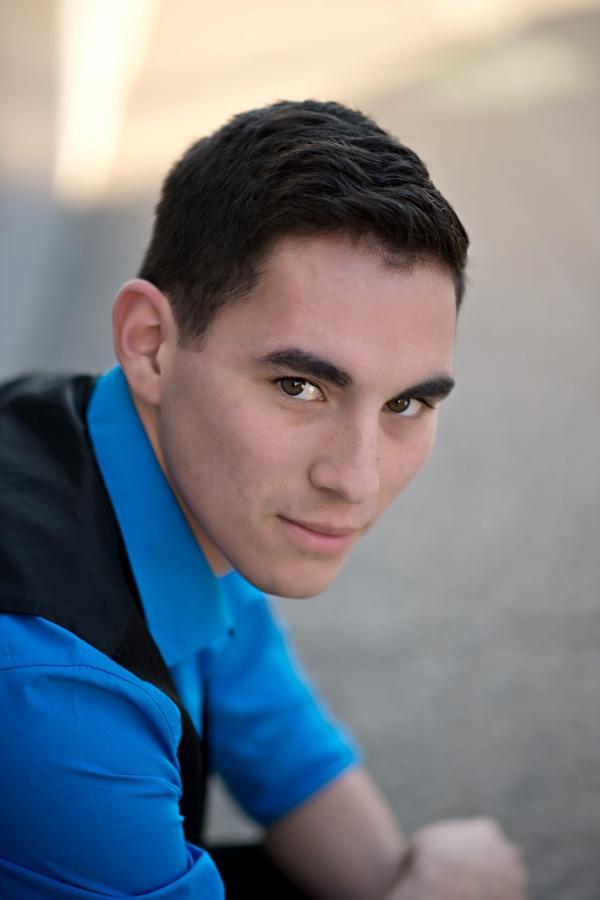 Extended and flowing. Crisp and angular. Tomas Tafoya ’13 makes his impact through movement.

“Dance really is what describes me,” he says with a wide smile. “It allows me the freedom to express what I can’t say with words -- it offers me another language.”

With upcoming lead roles in the Ballet Repertory Theater of New Mexico’s productions of “The Nutcracker” on Dec. 12-24 and “The Little Mermaid” on Feb. 27-March 5, Tafoya will take the opportunity to share his love of dance with a new audience. The two professional opportunities come on the heels of Tafoya’s 2013 run with The Silhouettes, a professional shadow dance company based in Denver, and his 2014 choreography work on and role in “Shrek the Musical” for Musical Theater Southwest in Albuquerque.

Along with professional dance opportunities, Tafoya is pursuing a degree in exercise science at the University of New Mexico with an eye towards becoming a physical therapist for dancers, helping them with injury prevention and rehabilitation.

“I want to keep them from being out and get them back to doing what they love,” he says. “When dance is part of your identity, you can’t live without it.”

Tafoya took his first dance class at Sandra’s School of Dance in Albuquerque at age 6 after growing tired of tagging along to his younger sister’s dance classes. He was competing by age 9. He gave up baseball, basketball and swimming when he started high school to focus on dance.

With national competition success and skills in tap, ballet, jazz, gymnastics, musical theater, contemporary, lyrical and ballroom dancing, Tafoya was ready the summer he graduated from St. Pius X when The Silhouettes asked him to join them for a tour of Ireland. Selected by the company’s director based on his past work with her at his studio, he gained the opportunity to travel to Ireland, Poland, Mexico, Canada and throughout the United States with the company performing in The Silhouettes’ 90 minute show called “Journey of Love,” and at Polacy z Werwa (the Polish Academy Awards), the RE/MAX R4 International Convention and [email protected] “See Dad Run.” He also has appeared in “The Nutcracker Ballet”, “Romeo and Juliet Ballet”, Disney's “Lemonade Mouth” and “Sicario.”

Tafoya credits St. Pius X, especially Ms. Jennifer Hillsey, Mr. William Gater and counselor Ms. Deborah Martinez, for contributing to his ability to produce high quality work under the pressures of time. At St. Pius X he also discovered the the importance of the first impressions and beyond: “You hook the audience with the first sentences of an essay or the first 30 seconds of a dance. You bring the audience into your world and in that moment you are part of their lives.”