In September 1956, a new era for the Catholic high school students in Albuquerque began with the opening of the new high school: St. Pius X High School. The name honored the Pope who was known for his repect of young people and who extended Holy Communion to children who had reached the age of discretion.

In temporary quarters in the basement of St. Charles Elementary School, classes started with 116 young freshmen, the first Pius Tenthers, as they called themselves at the time.

September 3, 1957, the feast of St. Pius X was appropriately the first class day for students commencing the second year. That 1957-58 school year saw the start of the campaign for the construction of the new high school buildings at the site on Louisiana Boulevard in the Northeast Heights. On March 2, 1958, The Most Reverend Archbishop Edwin Vincent Byrne personally blessed the nearly 700 volunteer campaign workers. Students participated in this campaign with an essay contest and poster slogan contest and helped spiritually with their “bricks of prayer.”

Ground breaking ceremonies took place in August of 1958 when the Archbishop turned the first spade of earth. Work progressed on the new building while students attended class at St. Charles. St. Pius X held its first classes at the northeast location in 1959. The school was run by diocesan priests and the Sisters of Charity until 1968, when the administration was assumed by the Basilian priests.

In May of 1986, the Archdiocese of Santa Fe announced that St. Pius X High School would be moving to Albuquerque’s west side to occupy the site of the University of Albuquerque, scheduled to close that year. To accommodate St. Pius X’s needs, a 1,600- 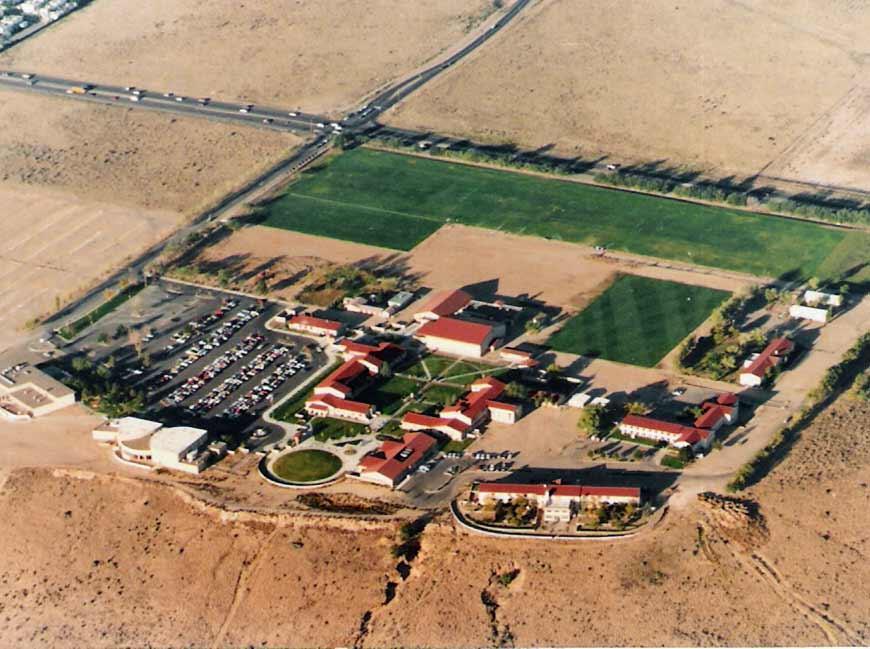 seat gymnasium was added, a new science building was built, and St. Francis and Assumption Halls were remodeled to house 35 classrooms, the library, administrative offices, counseling suite, and a faculty lounge.

St. Pius X High School merged with the smaller St. Joseph’s on the Rio Grande High School, which was already at the new site and holding classes in former University of Albuquerque renovated dorm buildings. The name St. Pius X High School was retained, and the Boards and Student Council members of both schools met to ensure a smooth transition. An All-Class Reunion was held in June, 1988, to say farewell to the old St. Pius X campus and hello to the new site.The new St. Pius X opened its doors to students in the fall of 1988, at the 40-acre campus located at Coors Road and St. Joseph’s Drive. In June 1996, alumni gathered together at St. Pius X once again to attend the second All-Class Reunion—this time to celebrate the school’s fortieth birthday.

In 1999 the St. Pius X community again gathered together for the groundbreaking of a new 10-classroom building. On Sunday, August 27, 2000, it was christened St. Basil Hall in honor of the Basilian Fathers, along with the newly-renovated Assumption Hall. Over 500 St. Pius X students, parents, faculty and alumni were on hand for the festivities, which marked the completion of the renovations and expansions set in motion by the capital campaign steering committee four years before.

Since the fall of 2001, in conjunction with St. Pius X Homecoming, alumni have joined current students to participate in festivities surrounding the Homecoming game. An alumni-sponsored Hall of Honor Reception and Alumni Scholarship Golf Tournament, now called the SPX Jamie Tinnin Memorial Golf Classic, have become annual fall traditions. The gymnasium, rededicated as the St. Sebastian Gymnasium in 2004, hosts the student Homecoming Dance.

St. Pius X had shared the Center for Visual and Performing Arts with St. Joseph’s on the Rio Grande Church, and in 2000, gained full use of the facility when the church moved to its current location west of Coors Boulevard. Renamed St. Cecilia Hall in 2005, this center now houses the Fine Arts Department and two performance stages. Other campus improvements include the St. Basil Memorial Gardens, located between Assumption Hall and St. Basil Hall, and a renovated St. Jude Hall which now houses the wrestling team practice area. 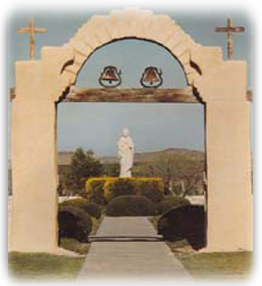 The beautiful west side campus was first host to the College of St. Joseph on the Rio Grande, founded in June 1950, by the Sisters of St. Francis, which was succeeded in 1966 by the University of Albuquerque, a Catholic university. The school closed in 1986, allowing the campus to become the new home of St. Pius X in 1988.