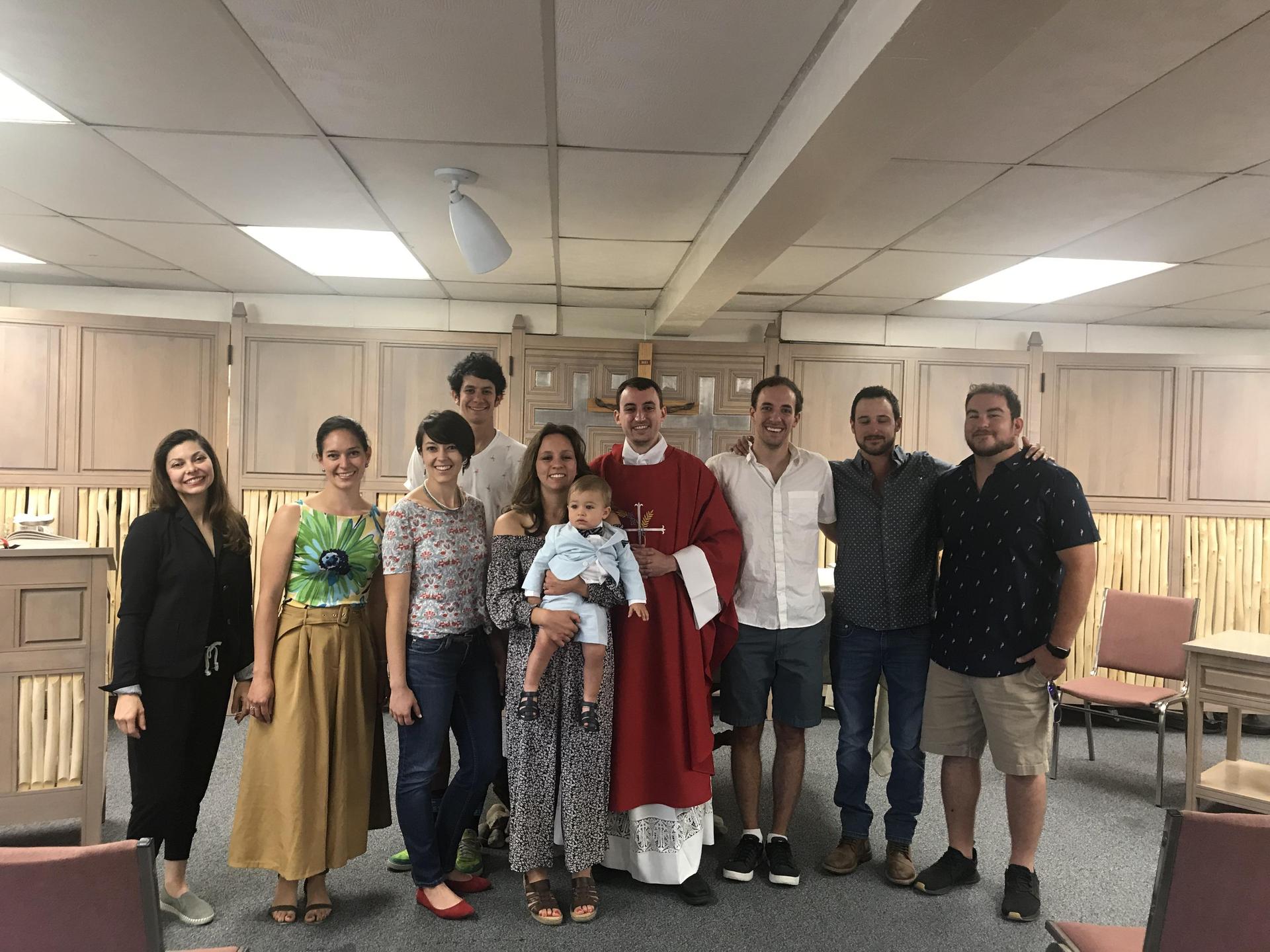 Deacon Timothy Meurer ’09 believed he had it figured out when he graduated from St. Pius X High School and headed to New Mexico Tech to become an engineer.

“I had it all figured out,” he says by phone from Mount Angel Seminary in Saint Benedict, Oregon. “I would get a job in a naval shipyard and live in the suburbs with a wife and two kids.”

Once he got to college, that began to change. “I figured out engineering was not for me,” he says. “After two years at Tech, I transfered to UNM and changed my major to music. And after my first semester at UNM, I had no idea what I really wanted to do.”

During that time of contemplating careers he was also contemplating the vocations of married life and the priesthood. Meurer was born into a strong Catholic family, attending Mass at St. Thomas Aquinas Parish every weekend. He was an elementary and middle school student at Queen of Heaven School and St. Mary’s School in Albuquerque.

“My faith was an important part of my life,” he says. In eighth grade he thought of joining the Jesuits, the order ministering to the community of Immaculate Conception Church and St. Mary’s School.

“Once I got to St. Pius that changed,” he says. “High school takes on a character of its own. You start figuring things out, usually by making mistakes. I lost interest in the priesthood. I started dating my junior year and dated on and off for five years.”

Academics and music -- he was a three-time All-State Choir member -- were his strongest suits at St. Pius, along with community service with pro-life ministry and youth ministry in his parish. “James Penn, Charla Smith, Dan Cappalman, Mark Robinson, Barbara Ducaj, Coach Ron Tybor, these were men and women who had a tremendous effect on me,” Meurer said of his teachers at St. Pius X.

By the time he was three years into college, the question of the priesthood was back in his mind. He spoke with Deacon David Little at St. Thomas Aquinas, who pointed him to the vocation discernment retreat held each year by the Archdiocese of Santa Fe.

“It was a 50-50 shot when I went to the retreat,” he remembers. “I talked to the archbishop (Michael J. Sheehan) and the vocations director, Fr. Michael de Palma, and their witness to me was very strong. I returned from the retreat, went to my mom’s room and said I’m going to the seminary. A few months later I was there.”

Meuer attended the University of Dallas for three years, graduating with a degree in philosophy. He spent the past four years at Mount Angel Seminary in Oregon. He will be ordained a priest of the Archdiocese of Santa Fe on June 15, 2019, at St. Francis Cathedral in Santa Fe -- the same weekend as his 10-year high school reunion.

“I’m now winding down my time at seminary, focusing on how to apply what I’ve learned to people’s lives,” he said in April. “The seminary provides you with the foundation of what it is that you are, the identity of who a priest is and what that means in the modern world. It gives you confidence in who you are.”

An interest in someday obtaining bi-ritual faculties, allowing him to minister to both Roman Catholics and Byzantine Catholics, has its roots at St. Pius X, where his teachers Lorcan McMurchada and Rania Garnemshared their Byzantine Catholic tradition with him. “Something about that flourished for me,” he says.

Meurer adds that students of St. Pius X are so fortunate to be where they are. “They have something no other high school in Albuquerque has -- that is Christ in their midst, especially present in the Blessed Sacrament,” he says. “I encourage them to consider the call to the priesthood and religious life. We need to replenish the ranks of priests; St. Pius can be a proud offering of students. From that strength, we will grow and flourish.”

Meurer says strength is needed today in the Church. “We have to acknowledge that there are people who have good anger and there is pain that we need to be aware of and minister to,” he says. “It’s going to take a lot of courage and real action on our part to restore the trust and confidence that has been lost, but I’m looking forward to it. I am a sign of hope. I like to view myself as a part of the solution, and I thank God, that with his graces, nothing can hold us back.”