Eden Bickel to perform at the Musikverein in Vienna, Austria 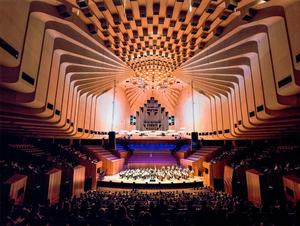 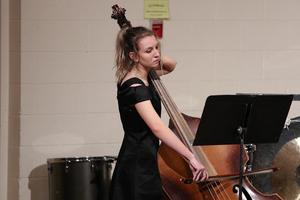 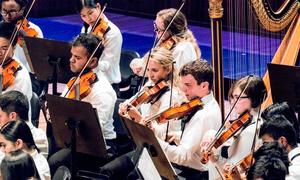 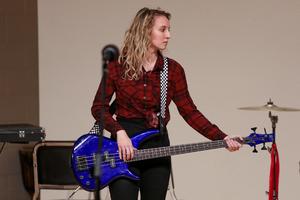 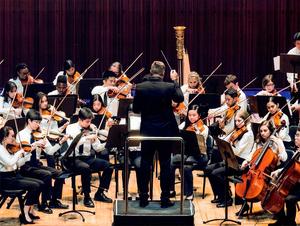 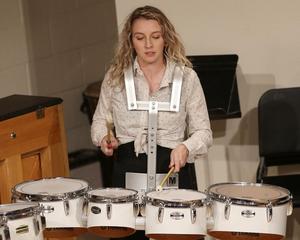 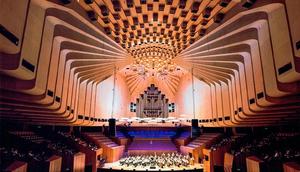 Talented violinist has already played Carnegie Hall and the Sydney Opera House.
On Oct. 31, 2018, after performing in the St. Pius X Halloween concert as part of the drumline, Eden Bickel, senior, was informed that she was selected as a finalist for the High School Honors Performance Series (HPS) in Sydney, Australia. Although, she did not audition to play the drums, double bass, or cello, among many other instruments she plays. She would perform in the Honors String Orchestra ensemble as a violinist, an instrument she has played for 14 years and since the third grade with the Albuquerque Youth Symphony Program.
Following in the footsteps of Pius alumni Justin Clarke who was the sole New Mexico representative in his 2018 HPS performance, Bickel was also the sole representative of NM in Sydney this summer. Additionally, Sydney marks her second appearance in the HPS. Not only has she performed in the concert hall of the Sydney Opera House, but also Carnegie Hall. Not satisfied with performing in two of the world’s premier concert venues, she is preparing for an HPS performance at the Musikverein in Vienna, Austria.
The series allows finalists to build their performing resume as they rehearse with master conductors and other finalists from around the world. When asked about her HPS conductor, Kirt Mosier, Bickel said, “He is amazing, he is by far the best conductor I have ever worked with, besides Mr. J (Pius Band & Orchestra Director) of course. He works with teenagers very well, he’s patient, but he’s also humorous because you can never take it too seriously when you’re in there for 6 hours. He gives a greater appreciation and better understanding for what music is and what it can do for someone in their lifetime.”
In February, Bickel will audition for scholarships to UNM and the University of Portland.
To learn more about our Fine Arts program visit bit.ly/SPXFineArts and to see all the classes offered at Pius, view our Course Description Guide at bit.ly/SPXGuide