Give » Meet Our Donors 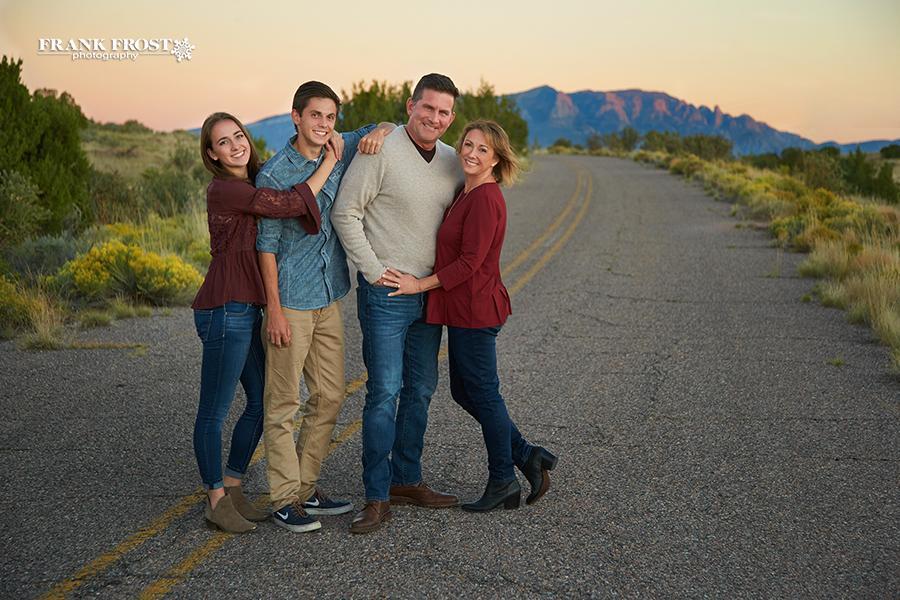 The fondest memories of St. Pius X for John Freisinger ’85 are of his friends and his teachers. To honor them both, he took the opportunity to contribute to the efforts of the St. Pius X High School Foundation through the Phil Zuber Endowment.

Freisinger, executive director of InnovateABQ, and his wife, Shelly, found the endowment to be a perfect opportunity to thank the St. Pius family for all that the school has done for them and their children, Michael ’19 and Elizabeth ’19, and help support future Sartans.

“Mr. Z was one of my favorite teachers because he helped me look at the world more holistically and less academically,” Freisinger said. “We studied poetry through the eyes of modern poets like Sting of The Police and Geddy Lee from Rush. I started to see real-world parallels for the subjects we were studying and my eventual degree and subsequent work in Russia were directly linked to our study of Sting’s “The Russians.”

With a degree from the University of New Mexico in economics and a minor in Russian studies, Freisinger’s first job out of college was with Coca-Cola Refreshments in Moscow as a sales trainer.

“I can say without hesitation that my children have received the best Catholic, college preparatory education in the state,” Freisinger said. “What they will remember are the friends that they made during their four years on campus. But more than 40% of the students at Pius receive some form of financial assistance, so if someone before us had not made a similar contribution in prior years, some of those friendships may never have happened.

“We are deeply grateful to God that we have been able to send our children to St. Pius and we encourage as many alumni as can to contribute to help fund scholarship endowments so that future generations can enjoy the same rich experience that we had at Pius. 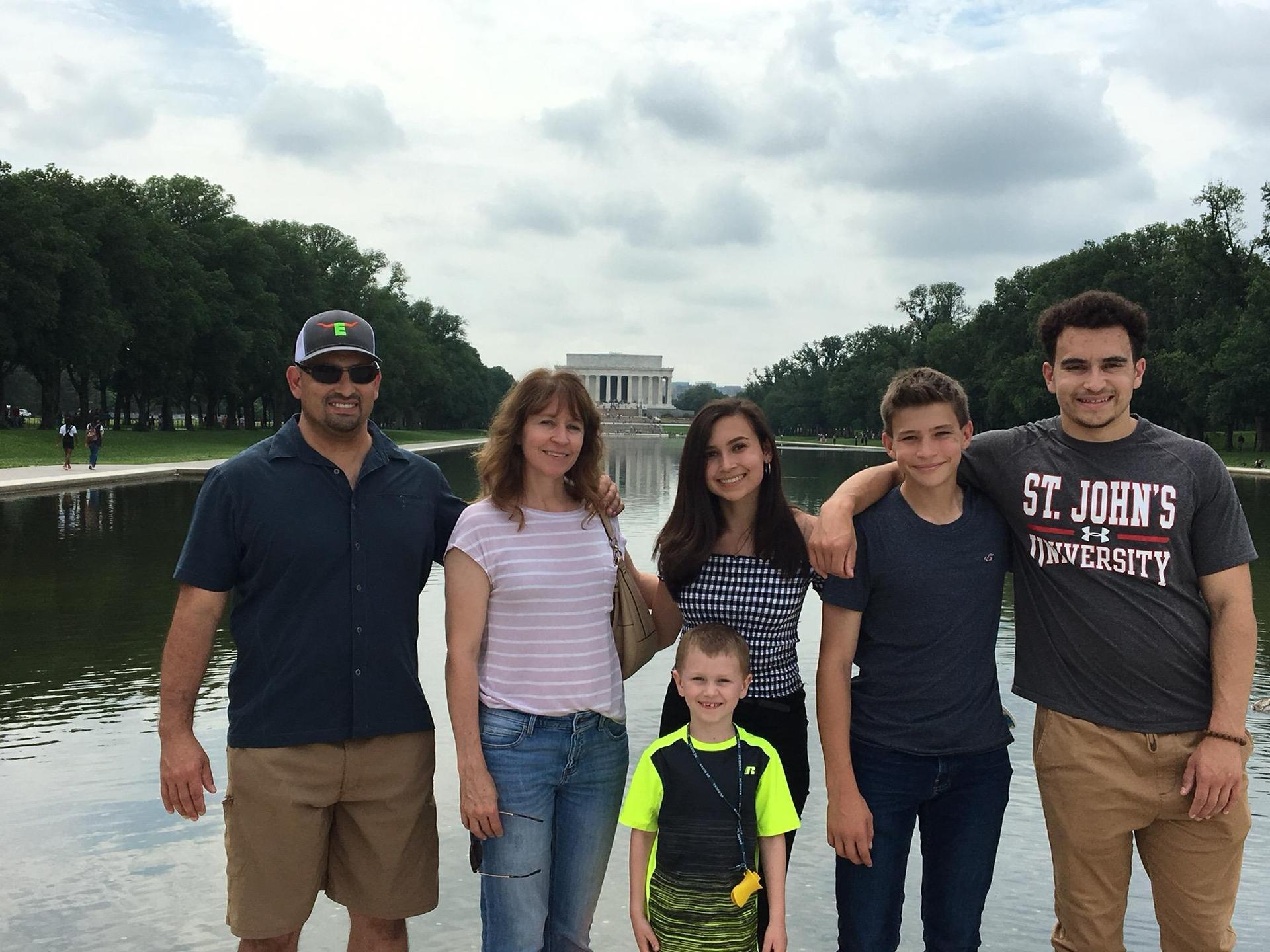 “We think it’s important to support those institutions we have in our community that allow children to grow academically, in their faith and in leadership,” Jerry says. “We were very fortunate last year to be able to support the foundation’s Coach San Juan Mendoza Endowment and be a part of the Honor the Founders effort. We were happy to do so because of the impact Coach Mendoza had on our son, Alex, and the impact St. Pius X High School has had on all three of our kids.”

Alex Sais ’16 was a First Team All-State defensive end for the Sartan football team his senior year. Also a member of the Class of 2016’s Top Ten, Alex took his academic and athletic achievements to St. John’s University in Collegeville, Minn., where he earned the Trustees Scholarship and plays linebacker for the Johnnies, one of the top D3 football programs in the nation. Alex is majoring in accounting and minoring in music and was selected to study in SJU’s Entrepreneurial Scholars program.

“St. Pius prepared Alex in many ways and it opened doors for him,” says Melissa, a freelance writer and editor. Following Alex through SPX are Isabella ’19, a Dorados Dance Team captain, and Dominic ’21, a cornerback on the football team.

“St. Pius has provided a great opportunity for them to be challenged academically and has complemented the values we have in our home,” Jerry adds.

Jerry, an investment manager at the Bank of Albuquerque, accepted a position on the SPX Foundation Board when Alex was in kindergarten at St. Mary’s Catholic School in Belen. “St. Pius was a distant goal for us at that time,” Melissa says.

“I took the opportunity to join the board at that time because I wanted my kids to go to Pius and I wanted to make it as good an experience for them as I could,” Jerry says. He served for several years, took a break, and then returned to the board in 2016.

“It’s important to support the school beyond tuition because tuition just keeps the lights on everyday -- if we want it to thrive and to be something special, additional support is needed,” Jerry says. “It wouldn’t be what it is today without families of the past realizing that and giving to create something special.”

Having attended Catholic high school in San Antonio, Texas, with the help of financial aid, Richard Luna knows the importance of giving to Catholic education. “. I don’t think I would be where I am today without the foundation I got in high school,” he says. 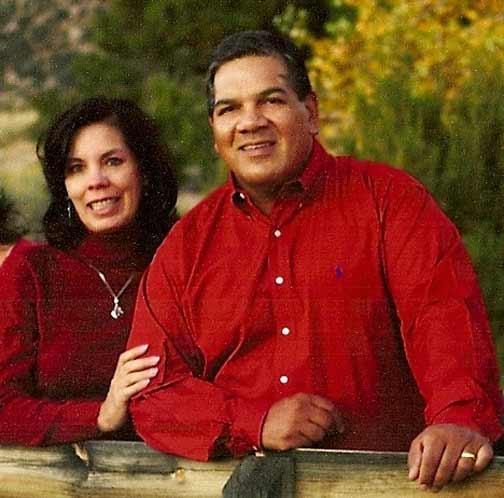 “My three brothers and I graduated from Central Catholic High School, an all boys’ school, and my two sisters graduated from Providence, the all girls’ school across the street. Financial aid was the only way my parents could afford to send us to those schools,” says Richard.

As the owner of Champion Truss, he and his wife, Cathy now have the means to give back. So through sponsorships and many hours devoted to advancing fundraising and athletics, Rich has given back to the school that helped educate his three children: Marycatherine ’06, Jacob ’07, and John Henry ’11.

Rich is grateful for what the school has done for his children in helping him reinforce his values. “What I teach at home; they teach at the school,” says Richard.

Rich also wants the school to continue. Success is important to the future of Pius. “I want Pius to be around for my grandkids,” says Richard.
Alumni family - John '72, Neal '74, Timothy '76, Lonny '77, and Peggy '79 Hurley

To honor the memory of Zenobia “Nobie” Hurley, who lived a life of faith, service and generosity; her children John ’72, Neal ’74, Timothy ’76, Lonny ’77, and Peggy '79 contributed the funds to start a financial aid endowment to honor her dream that all students have a chance to receive a quality SPX education. 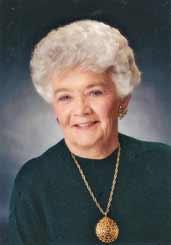 “Mom was always cognizant that we were fortunate, and if you could help others get a good quality education, you should,” explained Peggy.

“She believed that although Catholic education is more expensive, it is well worth the money,” said Lonny. He counts his family as a testimony to the impact of a Pius education. Not only has he and his siblings benefited, but also his wife, Barbara (Cordova) ’77 and her siblings; John ‘76, Doug ‘81 and Marikay ’84 Cordova.

The Hurley family hopes the endowment is an example to all St. Pius families, who may wish to honor their parents for the dedication and sacrifices they made, by ensuring that other children might have the opportunity to attend St. Pius X High School.